The Central Election Committee has announced that 10 referendums will be held along with the local elections on November 24.

Central Election Committee Chairman Chen In-Chin pins the final announcements on the bulletin board to show the public that all 10 referendums are ready to go.

The elections on November 24 will decide the top officials in all major cities and counties. At the same time, voters can vote in 10 referendums that day. The referendums focus on a number of highly debated issues, including those for and against equal rights for same-sex couples, the ban of Japanese food imports from areas affected by the 2011 Fukushima disaster, and reducing the power output from coal fired plants.

The CEC has a video to inform the public that all nationals aged 18 or older have the right to vote. Some people have questioned the CEC’s decision to have a large number of college students volunteer on voting night. They say it might affect their ability to vote. Chen said that all student volunteers will have time to vote on November 24, either at their district of employment or residence. 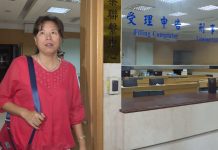